Looking Back at a Year of Writing

2014 was a year of learning how to edit and hone my craft. For this I give thanks to my traditional publisher’s editor. I spent 2015 using my improved craft.
The year started out in a frustrating way. My trad publisher punted the copy editing of Truth-Teller Revenge, so my wife Teresa and I edited it under a tight deadline. That completed, I rewrote my first novel, a historical fiction work about Magellan’s voyage of discovery. That book represented several years of research that I wasn’t willing to flush. Originally, this book was 120,000 words, had multiple points of view, and was too boring. I rewrote the book as an 80,000 word “discovered” memoir of the armada’s navigator and am now proud of it. That took until summer, when it went off to my wonderful beta-readers Dave, Kerry, and Laura. In the fall, I reedited it based on their recommendations. I’m now flogging it to agents as Magellan’s Navigator.
I conceived Mindfield in February, thanks Pam for the title, and started writing a few months later. I had a decent draft by October and edited it through year-end. It’s now in the hands of my beta readers. Final editing will start soon. I’m excited about this book. It’s my best book of the six I’ve written.

I made a few baby steps in learning the world of publishing and book promotion. It began in frustration. Truth-Teller Revenge, which as a traditionally published book I have no control over pricing, bombed. I discovered promoting on my blog and to Facebook groups doesn’t cut it. My self-published thriller Download substantially outsold and outearned Revenge even though I had Download at a lower price point.
A glimmer of hope came when an author friend, Ann Roth, got me into an indie publishing Facebook group. What an education. Thank you, Ann. I’m now much better equipped to navigate the publishing world, be it traditional or self-publishing. It’s still a steep mountain to climb, but now I know where the path is and what boots to wear.
This year I’ll write Mindfield’s sequel and get Mindfield and Magellan’s Navigator published. It should be another fun year.

My thriller Download is available for FREE (as an e-book) this weekend only on Amazon. Read it, enjoy it, and please review it. 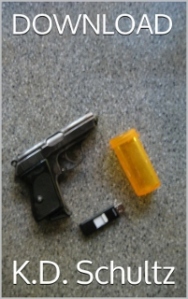 The Imitation Game – Superb Movie But Questionable History – Which is Good!

My wife and I saw The Imitation Game yesterday. It’s a fantastic movie. Benedict Cumberbatch’s performance deserves an Oscar. Cumberbatch portrays the great mathematician Alan Turing, who has a cameo role in my thriller Download. The movie is about Turing’s tortured personality, but it is centered about the breaking of the unbreakable Nazi Enigma code in World War II. I’ve been interested in codebreaking since my Navy time at the Naval Security Group, and codebreaking and electronic intercepts are a key component of Download.

The Imitation Game revolves around real historical people and real historical events. By all accounts the movie does not deal faithfully with either. Turing played a critical role in the breaking of the Nazi Enigma code, but he was one person of a huge effort involving thousands of people, not the six analysts in the film. Turing’s film personality is also likely not accurate.

These inaccuracies are good. A painstakingly faithful history of the codebreaking effort would be boring. The Imitation Game captures the essence of this effort, the social restrictions of England seventy-five years ago, and the moral dilemmas faced by Turing, Winston Churchill, and all in the intelligence community when they finally held the uncoded Enigma messages. Do they use the information now and save lives, but risk compromising their codebreaking efforts, or do they use the information more judiciously and strategically?

In less than two hours the makers of The Imitation Game successfuly capture the essence of these times and people better than a history book. I encourage you to see the movie if you haven’t already.

Filed under Art and Craft of Writing, Book and Movie Reviews, Download

My Writer’s Journey: A Look Backward and a Look Ahead

While life may be a journey, writing has been a plodding trek for me of often three steps forward and then four steps back. I researched my first novel, a historical novel about Magellan’s circumnavigation of the world, for a year. Then I took a year writing the first draft of my novel, after which I attended the Pacific Northwest Writers Association summer conference to pitch it. There I sat in on a session on Point of View. POV? I’d never heard of point of view, but after the session I knew I had way too many of them.

My Magellan novel might have worked fifty years ago, when an omniscient POV was acceptable, but modern writing techniques are different from those of my youth. So I rewrote my novel, drastically reducing the POV’s in the process. Tim Joyner, the author of Magellan, which I consider the definitive book on Magellan, graciously agreed to read my novel. He said it was good as history, but since it was historical fiction, why didn’t I use that latitude to make my novel more engaging. He was right. I set my Magellan novel aside and moved on.

I wrote 2 and 20 in 2008. It was a fun novel to write. The protagonist’s marriage explodes, he compromises his principles to keep his job, but his job explodes anyway, he finds love, he almost loses love, but in the end, he regains his love and an honorable job. Problem? I didn’t think about what genre I was writing, which made it almost impossible to market to an agent. Maybe I’ll self-publish it someday.

They say to write what you know. I know finance. In 2008, I wrote Download, a techno financial thriller. It has a little of the attitude of Nelson DeMille, while giving the reader a peek into the world of mathematics and the odd cast of characters responsible for the theories that have made computers, cell phones, and most of modern life possible. A few agents showed interest, but none bit.

Once Truth-Teller Revenge was off to my publisher this past summer, I circled back and rewrote and re-edited Download. Then, as an experiment, I self-pubbed it on Amazon this last November.

I wrote five books in five years from 2007 to 2011, and have since published three of the five. However, I haven’t written anything in the past three years. Sad. Sad, but not because I’ve been lazy. I’ve spent the last three years editing, rewriting, and editing, and then getting a blog and Facebook set up, etc. etc. All of this was necessary, but not nearly as fun as writing.

What lessons have I learned while I’ve been on this trek?

* Learn your craft. Read about writing, read modern novels, and then perfect your craft by writing.

* Craft is not enough. Your plot or your characters must be so engaging that the reader can’t put your book down. This is what I find most difficult. As a writer, I become so close to my characters that I find it difficult to imagine what the first time reader will think of them. Writing in the first person helps, I think, and I’m gravitating to that POV.

* Know what genre you’re writing. Yes, you can push the limits of a genre, but ignore the expectations of a genre at your own risk.

* Editing is not fun. At least for me. Write books that require minimal editing before publishing.

* Write. Get back to writing.

First project. Rewrite the Magellan novel as a “memoir.” I started this a month ago, and it’s going well. It’s going faster than I expected because I’m recycling major portions of the original novel.

* Write cleaner books the first time, which will then require less editing. I’ve learned a lot about writing from working with my Champagne editors. Combining that knowledge with a little more focus should result in books that require less editing. Less editing means more time for the fun stuff: creating stories, universes, and characters.

Here’s to the future and all the books in it.

Filed under Art and Craft of Writing, Download, Truth-Teller Books

DOWNLOAD is only $0.99 on Amazon for a limited time.

Please click on the book cover to check it out.

My book Download is now available on Amazon published under the name K.D. Schultz. It’s a thriller set against the financial meltdown of 2008. A geeky National Security Agency analyst uncovers a band of murderous computer hackers and finds himself next on their hit list.