The Edit Of Magellan’s Navigator Is Done; One More Round And Then Off To Beta Readers 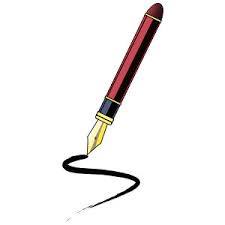 Editing is a necessary thing, but not something I enjoy. Just got through Magellan’s Navigator. It is now in pretty good shape. One more time through, and then it’s off to beta readers.

Filed under Art and Craft of Writing, Magellan's Navigator

Stormlight Archive: What I Like About It and What I Want To Emulate

I recently finished Brandon Sanderson’s The Way of Kings and Words of Radiance, the first two books in his planned Stormlight Archive series. Both are thousand plus page books.

The books are an excellent, multi-faceted fantasy with engaging characters and an imaginative world. This isn’t a retread of orcs and elves, but an entirely original world. Most the story revolves around an enslaved warrior, a middle-aged battle-weary prince, and an ambitious young female scholar. In the first book, magic doesn’t seem common in the world, although mysteries abound in the world. In a masterful way, Sanderson slowly reveals the world’s truths to the characters and the reader, although beware, everything revealed may not be indeed be the truth. He does a great job. I found myself identifying with all three major protagonists.

Things I liked are the story’s originality, empathetic characters, and the twists and turns of character reveals. This story is huge and multi-layered. I haven’t figured out how everything fits together, but I will trust the author that it does. I like the way most, if not all, the baddies aren’t out and out evil like the Dark Lord of Mordor. The villains are generally doing what they think is right, although that may not be apparent at the first.

Things that could be improved: there was surprising number typos in the first book. Some people complain about typos in self-published works. Well this book is the product of a major publisher. The second book has far less typos. These books are not page-turners. Sanderson slowly develops things, and as a reader, I relaxed and enjoyed that. That said, enough is enough at times, and one or two hundred pages could be sliced out each book without hurting the story (you can skim without hurting the reading experience.) Occasional scenes don’t seem to ring true, but hey, there are many scenes and another person might have a different opinion.

One takeaway for me as a writer is that I especially liked Sanderson’s slow reveal of his world and characters’ backstories. I’ve always regretted revealing the circumstances of Adam’s sister’s death as early as I did in Download. Originally, it was much later in the novel, but I moved it up after a beta reader said he wanted to know it NOW. Well, maybe he did want to know it now, but that didn’t mean I should have given it to him now.

On the other hand, I did find annoying Sanderson using entire chapters of “five years earlier.” I cringed when I saw that in a chapter heading, and prefer having the backstory weaved into the here and now story.

Filed under Art and Craft of Writing, Book and Movie Reviews

Tagged as Brandon Sanderson, Stormlight Archives, The Way of Kings