The Book Thief is a must see

Just saw The Book Thief . I give it five stars.

Ten-year-old Liesel tries to make sense of the world in Nazi Germany. She sees her young brother die and her mother, a communist, surrenders Liesel to the state. Her new foster father Hans charms the reclusive Liesel and teaches the illiterate girl to read. The midnight arrival of a young Jewish man then changes her world forever. The brave humanity of Liesel’s family stands starkly against the Nazi’s inhumanity. I wept for the last ten minutes, although it doesn’t take much in a movie or book to get me crying. Death narrates and proves himself more human than many of those whose souls he takes.

Sophie Nélisse plays Liesel to perfection. I nominate her for an Oscar. Geoffrey Rush does a great job as Hans.

I saw a preview of The Book Thief over a month ago, but decided to first read the book. I found the first third of the book rather slow going, but ultimately I think the book better captures the essence of Liesel’s bewilderment and pain. Also, it better addressed the insidiousness of the Nazi disease. So, see the movie and read the book. 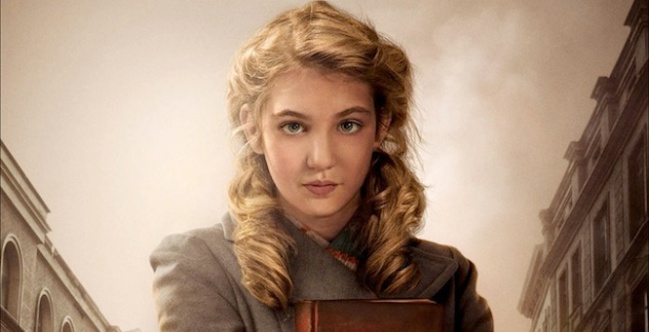 Filed under Book and Movie Reviews

Tagged as The Book Thief